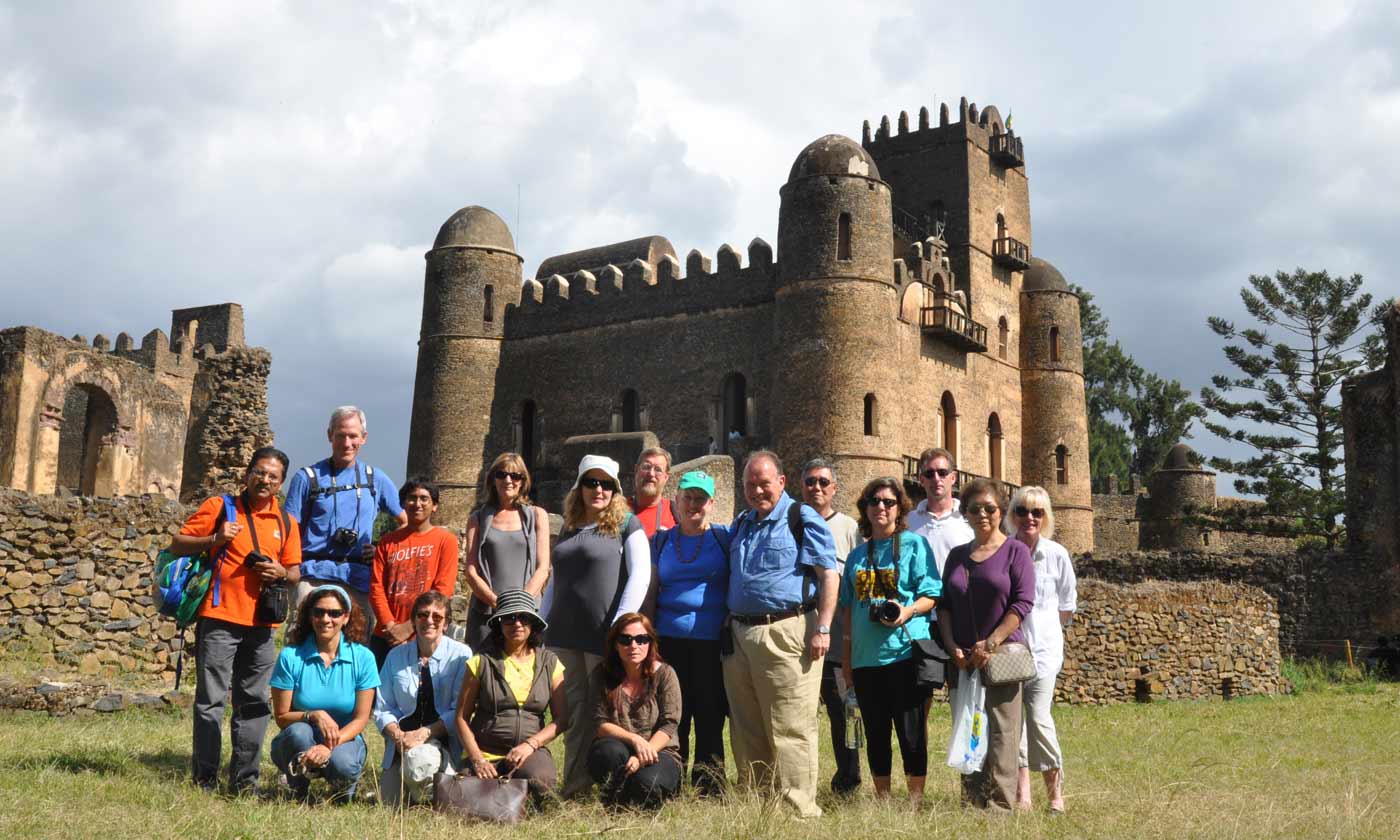 You are booking for Ancient City of Ethiopia- Gondar

Gondar was a royal and ancient historical city of Ethiopia. From kings, churches to emperors and castles, another that cannot be missed on Ethiopia’s Historic Route is what has been called the ‘Camelot’ of Africa. Gondar served as the home of many Emperors and Princess who led the country from the 12th century to the […]
Loading Maps
Featured

Gondar was a royal and ancient historical city of Ethiopia. From kings, churches to emperors and castles, another that cannot be missed on Ethiopia’s Historic Route is what has been called the ‘Camelot’ of Africa. Gondar served as the home of many Emperors and Princess who led the country from the 12th century to the last decade of the 20th century. To mention a few of them , Emperor Suseneos, Emperor Fasiledes, Empress Mentwab, Emperor Iyasu I, Emperor Tewodros II and Empress Taitu are fewer of them.

Gondar became the capital of Ethiopia during the reign of Emperor Fasilidas (1632-1667), who built the first of a number of Castle-like palaces to be found there. He established a tradition that was followed by most of his successors, whose buildings greatly enhanced the city’s grandeur.

Gondar, which rose to prominence after Ethiopia went through a long period without a central capital, emerged in the seventeenth century as the country’s largest settlement. In that day, the city was an important administrative, commercial, religious, and cultural centre. It was famous for its sophisticated aristocratic life, its church scholarship and its extensive trade, which took its merchants to Sudan and the port of Massawa as well as to the rich lands south of the Blue Nile.

It is easy to show the places back in the seventeenth and eighteenth centuries in Gondar, the then Ethiopian capital, was home to. One only has to stroll through the banqueting halls and gaze down from the balconies of the many castles and palaces here to drift back into a long-ago world of battles and court conspiracies.

The city continued its pre eminence until the middle of the nineteenth century. However, when Emperor Tewodros II came to power with mission of building the modern Ethiopia; he shifted his seat of government to Debre Tabor. As a result, Gondar declined greatly in importance and was subsequently the northern part of Ethiopia particularly Gondar was invaded by the Sudanese Dervishes in the 1880s who burnt enormous churches, destroyed and looted materials.

By the early nineteenth century, the city was a mere shadow of its former self. More recently, its appearance was not aided by the fact that several historic buildings were damaged by British bombs during Ethiopia’s liberation campaign of 1941. Nevertheless, most of Gondar’s famous castles and other imperial buildings survived and until today, the historical objects witness Ethiopia’s most fascinating antiquities.

Gondar Castle, dubbed the Ethiopian Camelot, is not a single castle, but instead is the name given to the entire complex of castles and palaces in the area. The oldest and most impressive of Gondar’s imperial structures is the two-storied palace of Emperor Fasilidas, built of roughly hewn brown basalt stones held together with mortar.

In addition to the fine structures in the imperial compound, visitors should see the palace of Ras Mika’el Sehul and the house of the Echege. The former, a small structure modeled on the Fasilidas castle, owes its name to its most important occupant, who became Gondar’s dictator during the monarchy’s decline in the 18th century. The latter building is a round structure once inhabited by the Echege, the second most important official of the Ethiopian church. This little-known building is located in one of the humbler parts of the town and is known to many only by its urban registration number.

Several notable Gondarine structures are to be seen outside the town. The most impressive, located in the Kaha River valley south of Gondar, is a well-preserved ‘bathing places’ variously attributed to emperor Fasilidas. It stands in a rectangular, neatly walled depression, which is filled with water once a year for Epiphany, celebrations and, though popularly referred to as a ‘bathing places’, was almost certainly constructed for such celebrations.

Rulers of this era also developed the area in the hills north-west of the town called QwesQwam after the home of the Virgin Mary – as a kind of ‘Capitol Hill’ for government buildings. Most are now ruins, including the largest square, three-storied castle with a flat parapet roof and battlemented walls, embellished well displayed at this church. Visitors to the church here can, on request, see many fine old Gondarine manuscripts, and enter a crypt containing the skeletal remains of the famous eighteenth century Empress Mentewab, her son Emperor lyasu II, and grandson Emperor Iyo’as.

Gondar was the site of numerous fine churches, a number of which have survived to this day. Perhaps the finest of the Gondarine churches is that of Debre Birhan Selassie or ‘Light of the Trinity’, which stands on raised ground about a half an hour’s walk to the north-east of the town. An impressive rectangular structure, its ceilings are decorated with beautiful winged angels and its walls with remarkable scenes depicting biblical events, including the lives of Christ, Mary, the saints and the martyrs. Gondar is an excellent base for tourists to explore the home of the highest mountain in Ethiopia.