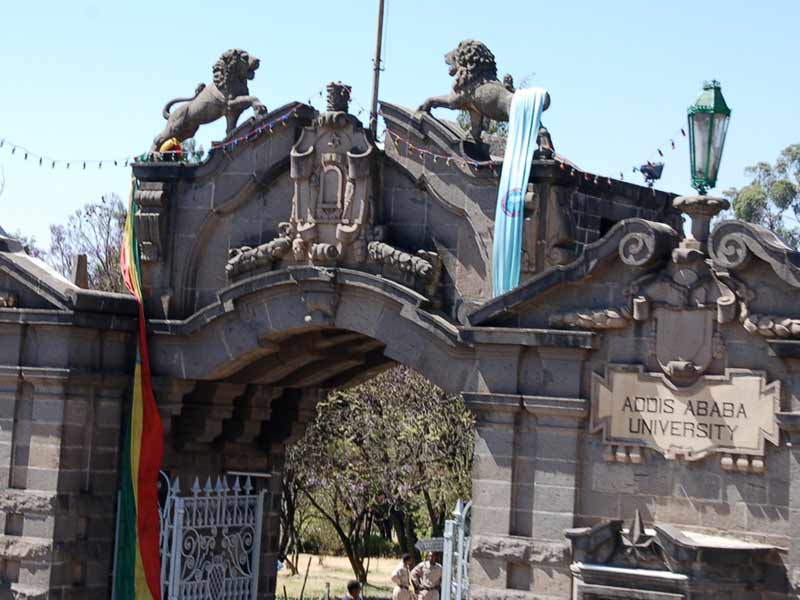 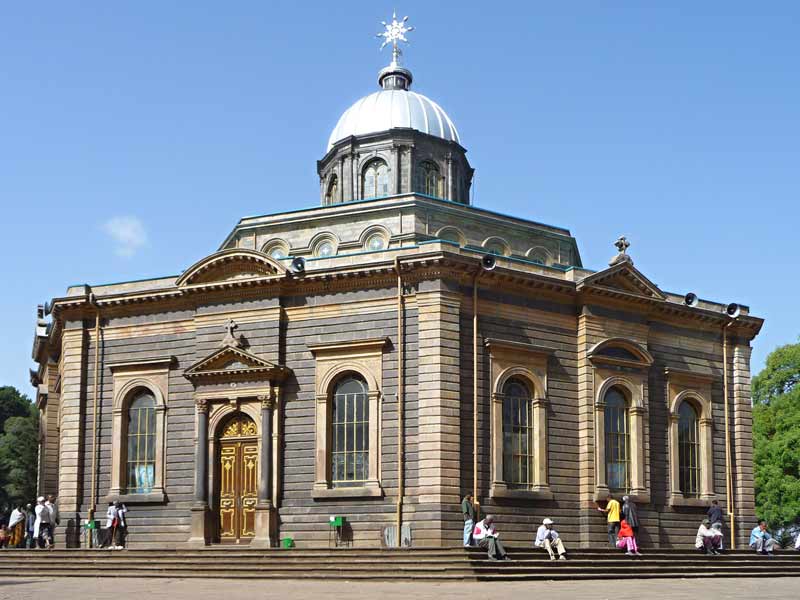 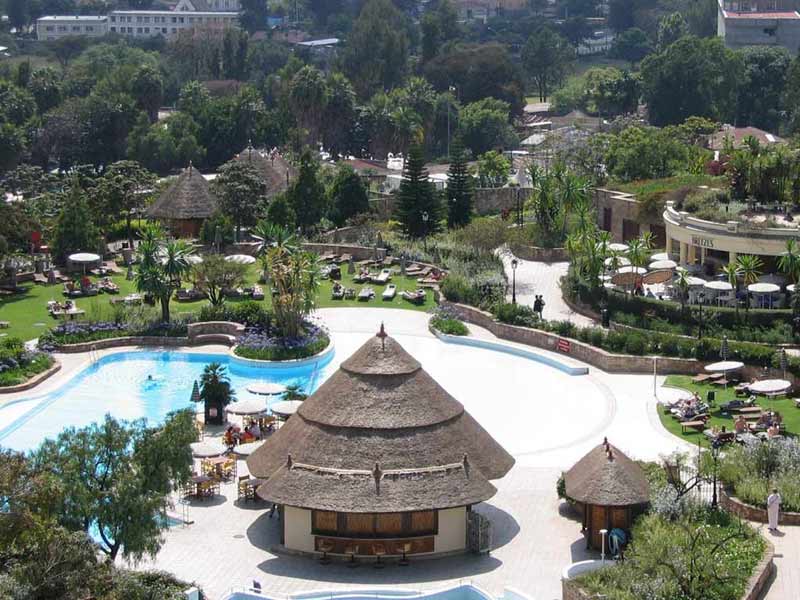 You are booking for The Capital Addis Ababa

The capital city of Ethiopia is Addis Ababa and the literal meaning of the word Addis Ababa is “New Flowers”. Addis Abeba is the residence of more than four million people. It is the political and economic as well as diplomatic centre for Africa since it is the seat of African Union and Economic Commission […]
Loading Maps
Featured

The capital city of Ethiopia is Addis Ababa and the literal meaning of the word Addis Ababa is “New Flowers”. Addis Abeba is the residence of more than four million people. It is the political and economic as well as diplomatic centre for Africa since it is the seat of African Union and Economic Commission for Africa. The city of Addis Ababa was founded by Emperor Menelik in 1887. Addis Ababa is situated in the foothills of the 3,000-metre Entoto Mountains and one can hike pleasantly across wooded hillsides and ditches that cut with fast-flowing streams.

Addis Ababa is a unique African city because it was built by endogenous nation-it is a city that was free from colonial influence urbanizations. The city has wide avenues assigned to commemorate different famous people, fine architecture and historical places. Its magnificent friendly weather make Addis Ababa a city of surprises and a delightful place to explore. The clear mountain air gives the city a bracing atmosphere and it enjoys a mild climate, with an average temperature of 16C0.

Addis Ababa stands at the very heart of Ethiopia geographical location and there is much to do and to see in the capital. The city has a flourishing cultural life, with regular exhibitions and also there are many opportunities to experience the diversified Ethiopian music, song and dance in different traditional night clubs, to visit the national museum, the ethnological museum and the natural museum, to visit the historical, natural and holy monasteries which date back of to thousands of years (these monasteries are found in short distances from the city).

PLACES NOT TO MISS IN ADDIS

THE NATIONAL MUSEUM OF ETHIOPIA

The National Museum of Ethiopia was established in 1944 during the time of Emperor Haile Sellassie and became open by exhibiting a few archaeological collections as well as some ceremonial costumes and ethnographic objects. The museum gradually improved and developed, in the course of which it transferred to the building where it is located today, in the place called Amist Killo. One of the major objectives of the museum is to present selected artifacts worthy of exhibition using the best display techniques available as a means of both education and enjoyment for the general public.

Exhibits of the National Museum are presented under the following four main sections: Paleontology and Pre-history: Lucy or ‘’Dinkinshe”, Ardi, and selam including stone tools of the prehistoric era are displayed in this first section. Historical and archaeological findings: This section depicts the early history of Ethiopia from the Pre-Axumite times to the 16th century AD. Ethnography: The traditional and ceremonial costumes of the diverse ethnic groups, adornment and jewelries, the dressing cloth of the different king of kings of Ethiopia, their weapon and armament are well displayed in these sections. Modern Art: In this section, the work of art of the Maitre Artist Laureate Afework Tekle and other selected paintings and sculptures from different Ethiopian artists are finely put on show at this part. In the museum every object has a written description so that visitors can learn about the nation’s rich history.

The Zoological National History Museum of Ethiopia shows the wildlife resources of the country. In this national history museum, different commonly seen, rare and endemic wildlife of the country with their natural color, appearance and character are well displayed here. Even some of the wildlife that put on view at this museum has not been seen in the country at present day (they are disappeared or extinct). The treasury of the natural heritage in most cases comprise of endemic wildlife and bird species of Ethiopia. However, you can also see the commonly known amphibians and reptiles wildlife in this museum as well.

The Institute of Ethiopian Studies was established in 1963 with three major components: a research and publication unit, library and museum. The aim of the institute is to collect documents, analyze and disseminate knowledge about languages, cultures and history of Ethiopia. Ethiopia is home to more than 83 nations and nationalities and people, and sometimes named as “a museum of nationalities’’. As a result this museum holds the heritages of past and present of the varied nationalities artifacts, musical instruments, cultural materials and tools, traditional arts and sculptures of the varied nationalities which are well illustrated in this ethnographic museum. Addis Ababa ethnographic museum was formerly used as the imperial palace of Emperor Haile Sellassie. Because of this the museum comprises the emperor’s “bedroom” and some other personal gifts presented to the emperor by the then local rulers and European governments.

Saint George cathedral church is one of the places of interest that visitors shouldn’t miss in the capital. It is located on a commanding site across from the city entry. Its foundations are closely linked with history of the battle of Adwa. Emperor Minelik II carried the ’Tabote ‘(replicate of the Arc of covenant) of the St. George to the battlefield as patron and savior of the nations. His astounding victory over the Italians was believed to have happened due to the Tabots patronages and when he returned back to his capital, he ordered the immediate construction of the church. In the early 1920s, Emperor Haile Selassie rebuilt the church and Maitre Artist Afework Tekle painted the internal wall with beautiful biblical lore. In the 1990, a permanent exhibit was established in the Dewel bet (bell tower). It is planned to preserve and pass onto future generations the religious wealth of the Ethiopian orthodox churches. It also tells to visitors about Ethiopian ecclesiastical wealth and cultural heritage of the past.